Every June, LGBTQI (lesbian, gay, bisexual, trans, queer, and intersex) individuals and communities around the world celebrate and acknowledge Pride. Besides being a month-long celebration with parades, parties, events, and fun activities, Pride month is an opportunity to raise political and public awareness, reflect, and educate ourselves.

This year’s pride is the 50th anniversary of the Stonewall Riots in New York City. In June 1969, a series of demonstrations and riots broke out after a raid took place at Stonewall Inn in Greenwich Village, Manhattan. The LGBTQI community wanted establishments that they could go to and be open about their sexual orientation. These riots initiated LGBT rights movements and the first of many activist groups. But there is still work to do.

There are 71 countries in which being LGBTQI is criminalized and eight where a sentence can be the death penalty. Rainbow Railroad helps individuals who are living in fear due to police, government, and people-led brutality and persecution. With the help of donations, the charity can cover the cost of issuing travel documents, airfare, and essential costs of living while community members prepare to leave for a safer, more inclusive country. In 2017 alone, Rainbow Railroad received 1,151 requests for help and saved 206 LGBTQI lives.

We are avid supporters of Pride month and believe in the work that Rainbow Railroad does on a daily basis. No one deserves to live in fear for who they are or who they love.

We donated to Rainbow Railroad in a small step to encourage inclusiveness and celebrate diversity both in the workplace and in everyday life. At Progressa, our team members can be their authentic, individualistic selves every day. We are thankful to operate our business in a country like Canada, where celebrating Pride month is possible and where, hopefully, individuals of the LGBTQI communities do not live in fear of persecution, torture, or murder. Rainbow Railroad aims to make that a reality for folks, no matter where they call home.
Learn more about Rainbow Railroad and ways to celebrate and acknowledge Pride 2019 in Canada.

15 Ways to Pay off Your Debt Faster 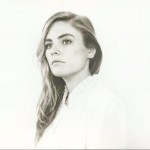 Sam Milbrath is a freelance copywriter and brand marketer. When she isn’t writing for brands or doing her own creative writing, she’s exploring, taking photographs, gardening and doing pottery. Check out her work at www.sammilbrath.com

Progressa Gives: Walk to Give